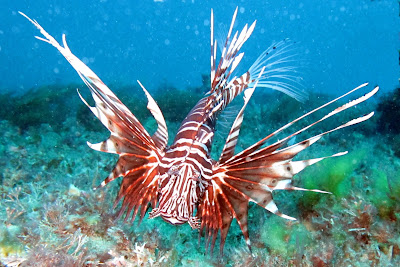 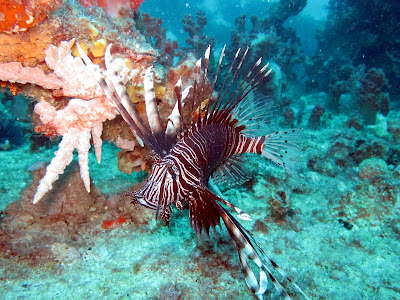 These shots were taken yesterday on the wreck of the Gemini, an old barge that was sunk as a dive wreck, around 9.5Km NW of Mindarie Marina in 1993. The wreck lies on a sandy bottom, 30 metres deep, and is around 40 metres long and 10 metres wide. It is covered in soft corals and has an abundance of fish life on and around it. These two Lionfish were quietly swimming around on the top of the wreck and they appeared to be feeding, as one of them suddenly darted down and snapped something up. The dorsal fin spines are extremely venomous so care mast be take when close to them.
Posted by Bill at 15:26