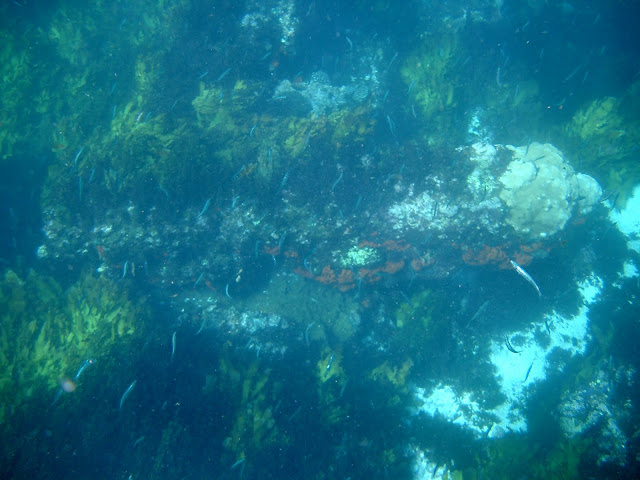 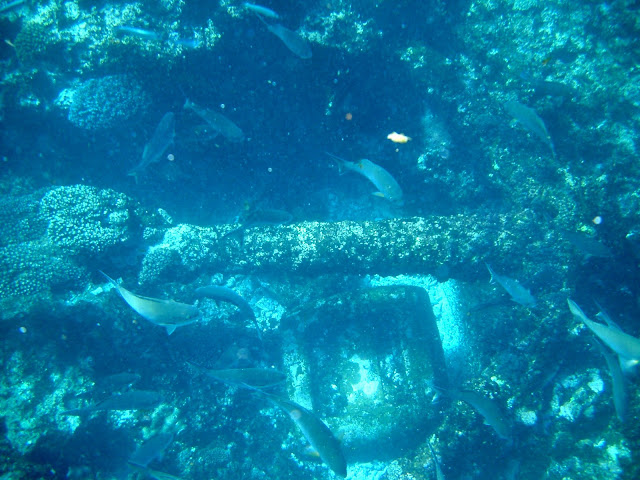 Firstly - apologies for the quality of these images, but they were taken under difficult circumstances while snorkelling on the ancient wreck of Dutch ship Batavia, which struck a reef at the Abrolhos Islands on 4th June 1629. The ship was lost but most of the 322 crew and passengers survived the sinking. Due to the fact that there was no food or water on the islands and fighting between different factions, many perished. Part of the hull of the ship has been recovered and has been restored and is now in the Western Australian Museum - Shipwreck Gallery in Fremantle. The site is protected as a historical wreck and lies in only 7 or 8 metres of water around 200 metres off Beacon Island in the Abrolhos Islands. The first image is of a canon and the second is an anchor. Both remarkably well preserved after 382 years under water.The site stretches for quite a distance around a central patch of white sand, from where the surviving timbers were raised. Many artifacts, including canon and anchors still lie on the bottom, but most have been removed to Fremantle.
Posted by Bill at 08:30